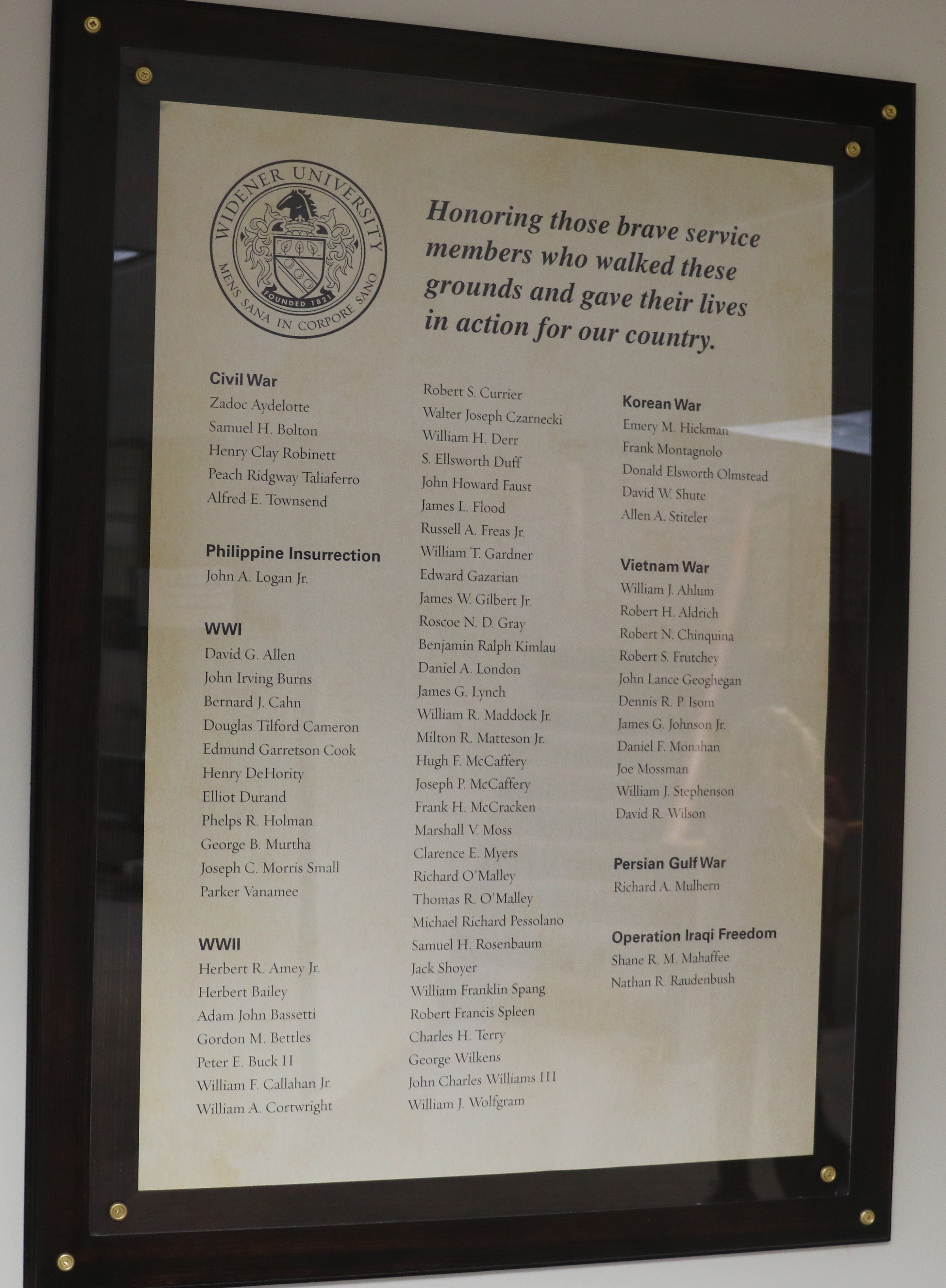 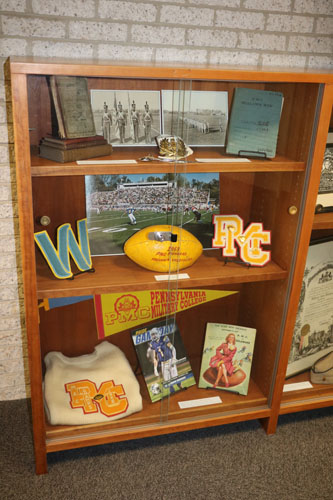 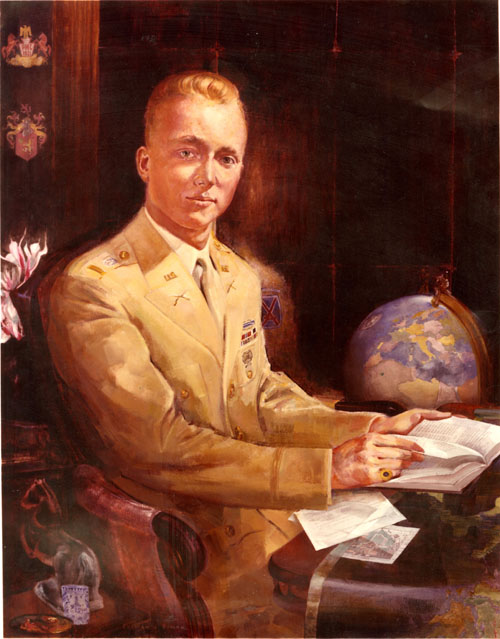 This is a print of the William Wolfgram Portrait that hangs in the library's lobby.  Painted by Furman Fink, the portrait commemorated the 40th anniversary of Wolfgram's death and was dedicated on May 5, 1985. 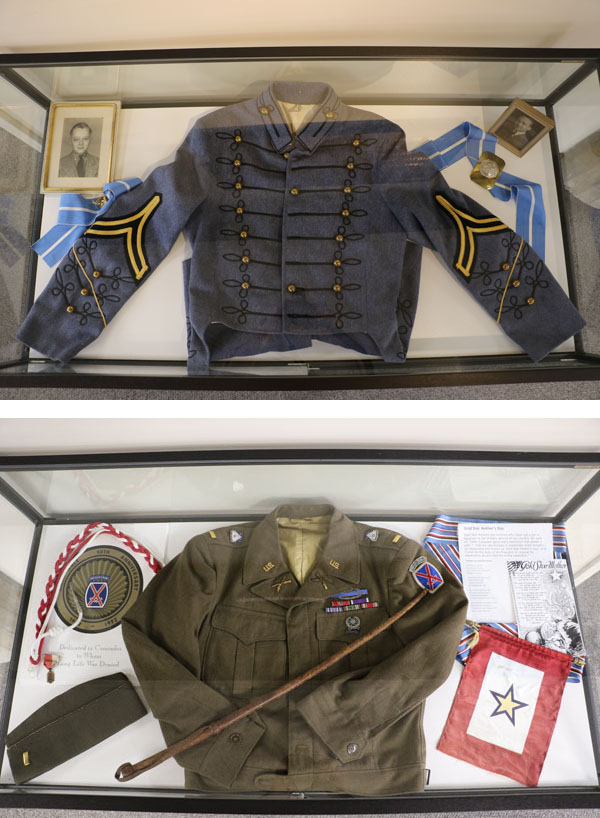 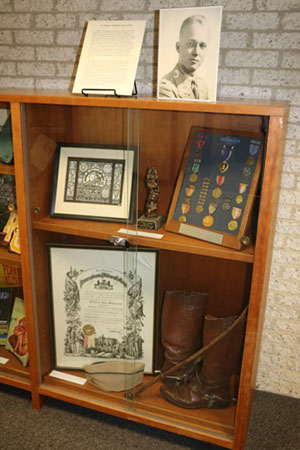 Connections: A Timeline of our History

Widener University's timeline is a visual record of our institution's turning points, important people and events, as well as quirkier moments unique in our history. The origin of the University extends back to 1821, and just as in the historical transformations of the United States and Chester, the institution has experienced tremendous change, growth, and continual recomposition over nearly 200 years. Viewers are encouraged to make thematic connections across time and space to understand how national patterns have impacted our city and campus, how developments in Chester reflect and have shaped local and regional trends, and how students, faculty, administrations, and alumni at PMC/Widener have contributed to our institution, to Chester, and to national events. These historical intersections and transitions suggest ways of seeing our past, the origins of our present, and guiding points for Widener University's future.  This exhibit appears in the lobby of Widener's Alumni Audiorium. 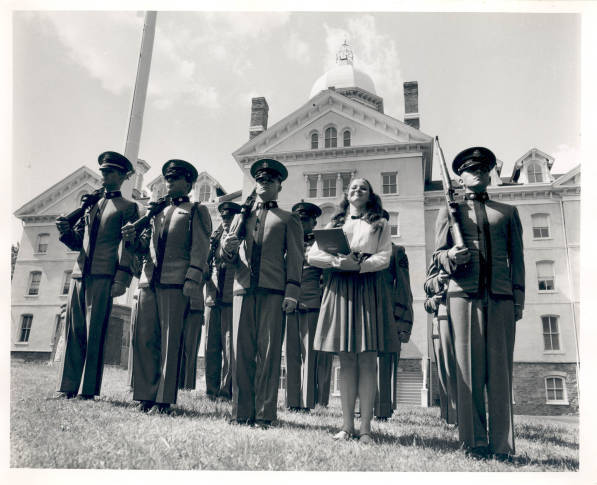 Participating in national events and local transitions have been students, alumni, faculty, and the administrations of Widener University and its predecessor schools. Leaving the "slave state" of Delaware and moving to West Chester, Pennsylvania, then a seat of abolitionism, Pennsylvania Military Academy relocated to Chester after the Civil War. Laying Old Main's cornerstone in 1867 Pennsylvania Military College recorded the service of the young men it educated over the next century. Widener University has witnessed growth at its main campus, the addition of Widener Law and, most recently, the Harrisburg campus. The University experienced expansion of its academic programs and faculty specializations in preparation for a post-industrial, global information age. Diverse activities and contributions by students and alumni to the institution and beyond will continue, and many may be seen in our past. 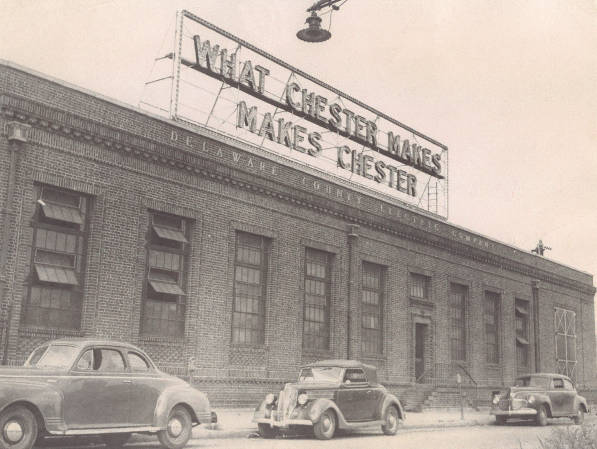 Chester is a microcosm of many national and regional trends, both shaping and reflecting them. By 1821 the town had become a sleepy river port surrounded by small farms, although its size, commerce, and diversity would expand dramatically in the late 19th century. Electric trolley lines transported workers to an industrialized riverfront, shoppers to a bustling downtown, and residents to new suburbs. Manufacturing of textiles, woolens, bricks, iron, steel, machine tools, and engines transformed the city into an industrial powerhouse, as did war contracts for the shipbuilding and automobile industries. Uneven prosperity after the Second World War magnified existing social divisions and spurred continuous efforts for community renewal and revitalization. 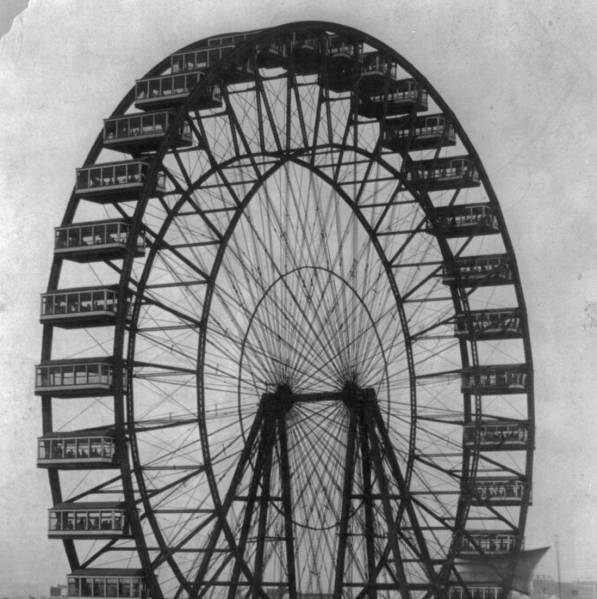 Approaching its 200th year, our institution was founded in a decade whose people remembered the War for Independence, recognized Philadelphia as the nation's financial capital, and heard a vocal minority call for the end of human bondage. Underway were the transforming processes of industrialization, urbanization, and immigration shaping national outlooks and people's lives in innumerable ways. As the twentieth century saw the United States ascend to economic and military power, an affluence and optimism gave great energy and spirit to social movements calling for expanded meanings of liberty and equality.