Annie Besant was a prominent British writer, socialist, and women’s rights activist. She wrote books and pamphlets on religion and marriage. This pamphlet starts with the history of marriage, what it is, and how it affects women.  In Britain, married women were not legally permitted to own any property, or keep inheritances or wages from work until 1870—the Married Women’s Property Act, which was further expanded in 1882.  The Married Women’s Property Act, along with parliamentary activity regarding the loosening of laws regulating divorce, were all part of ongoing debates about the nature of marriage and marriage reform.  Besant argues that marriage should not be a power struggle, but rather a collective effort for happiness:  “To deny these rights to women is either to deny them to humanity qua humanity; or to deny that women form a part of humanity” (5). Besant argues that the  concept of divorce should not be thought of as negative, but rather a positive that leads to fewer unhappy marriages and happier individuals: “Some of these earnestly hope for change, but do not dare to advocate it openly. Reforms have never been accomplished by reformers who had not the courage of their opinions” (57). 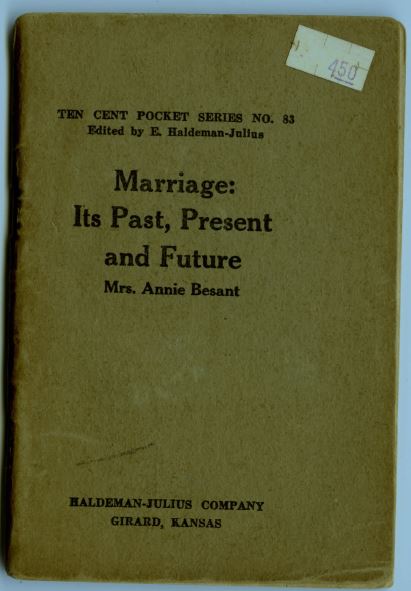